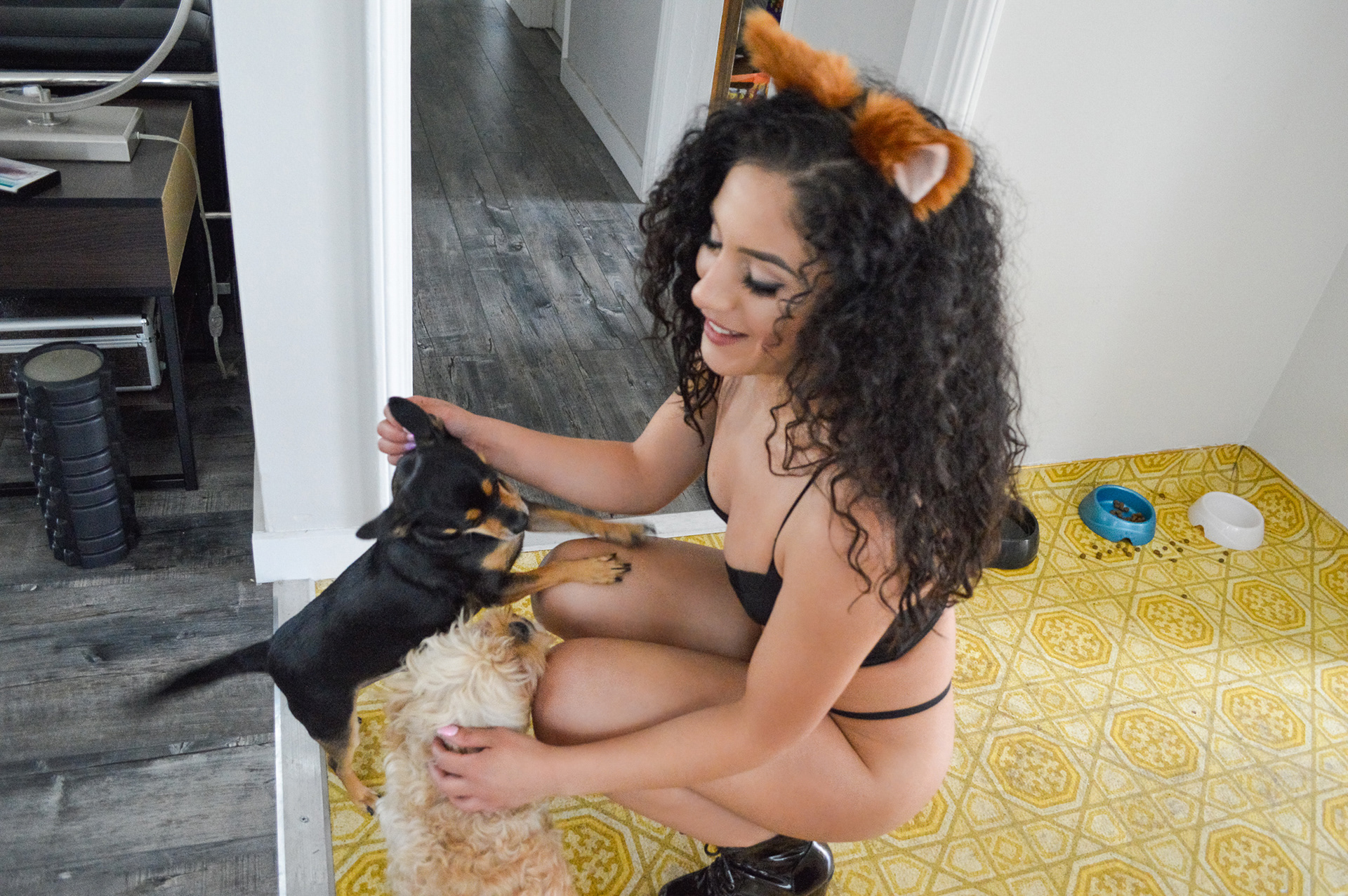 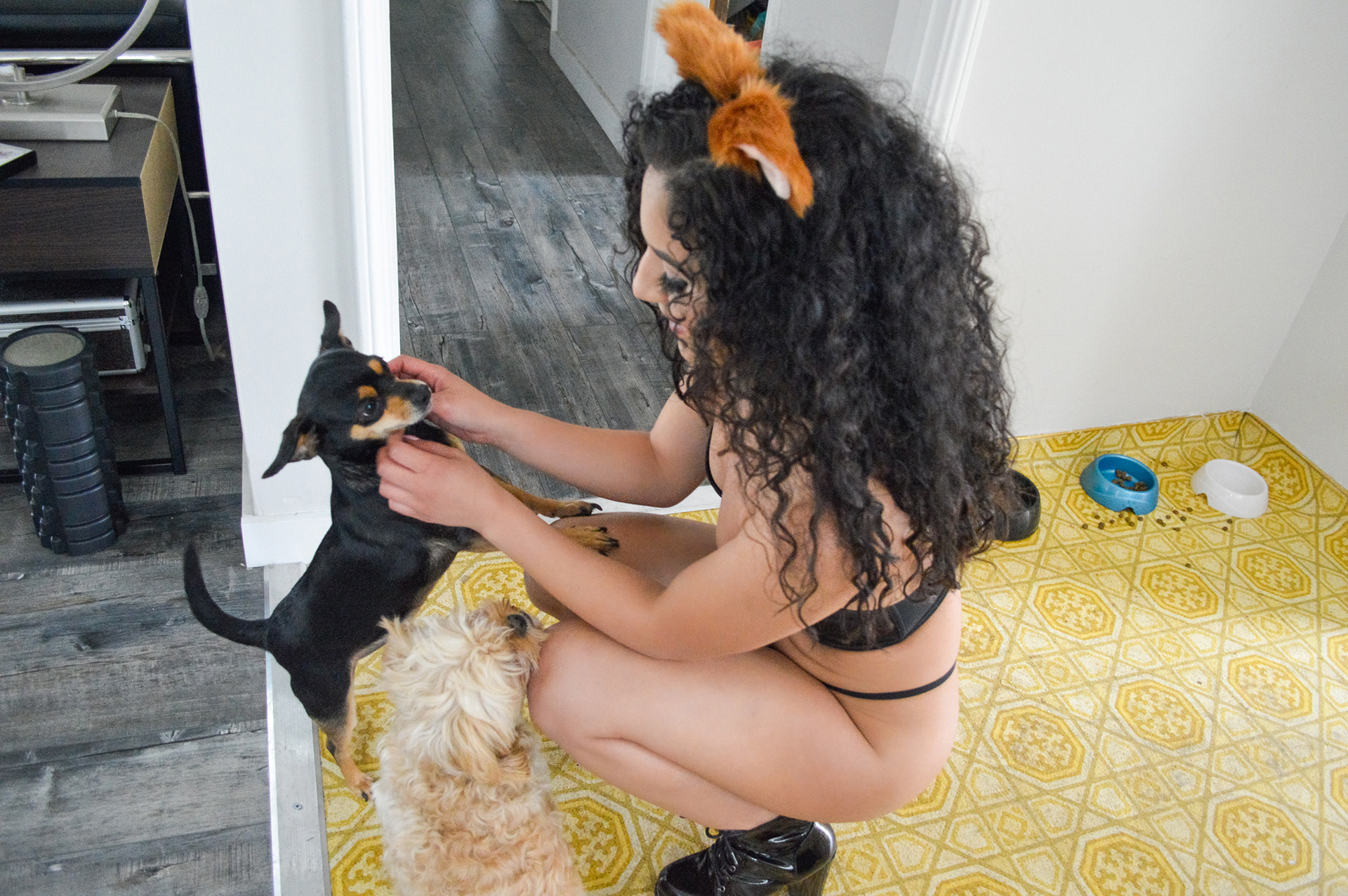 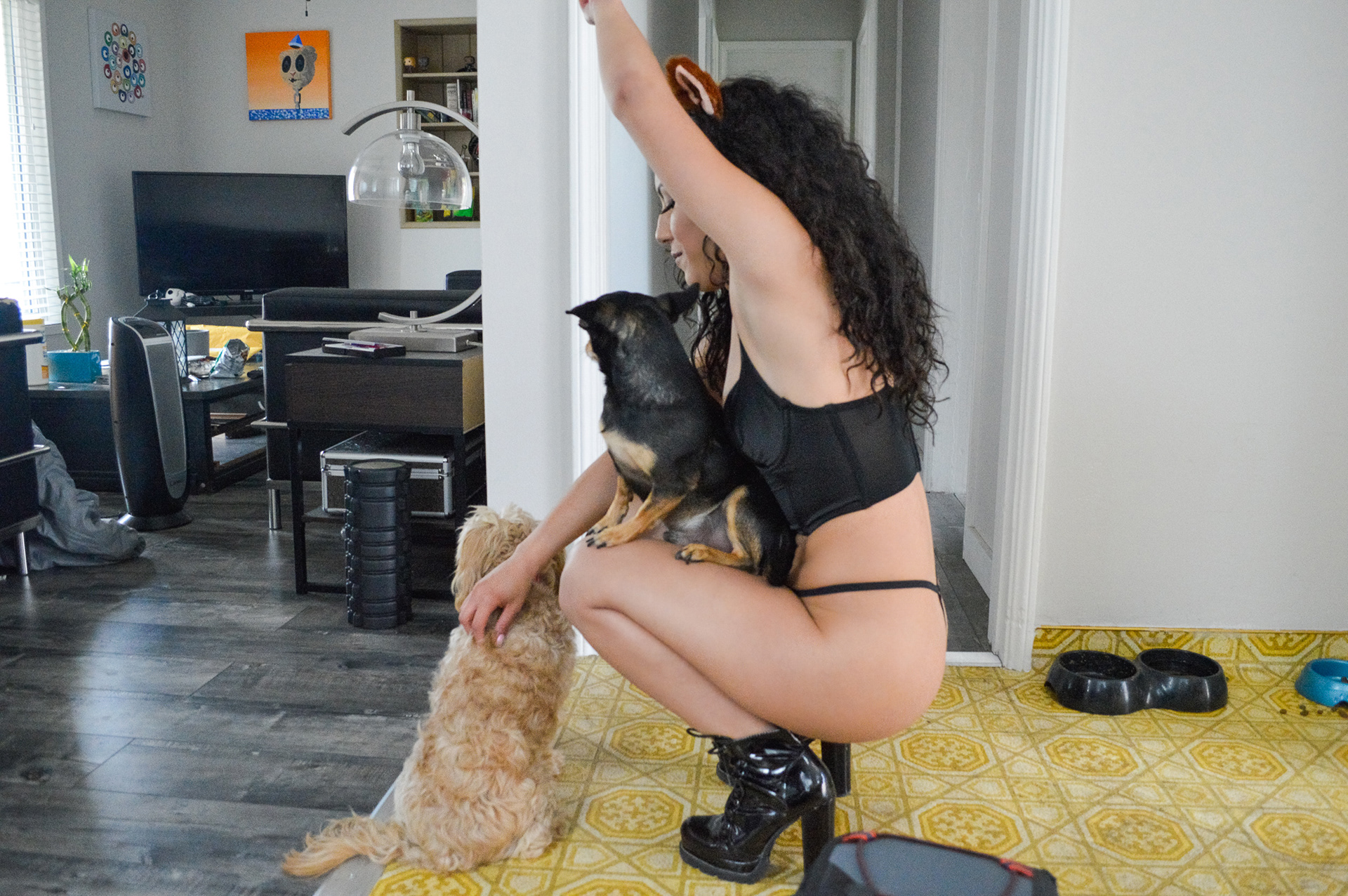 Sexy Liv plays with her friendly cute dogs behind the scenes of her “Chasing the Kitty” contest winner photoshoot. See more behind the scenes videos and pictures here > LivRevamped.com
Liv wanders the hills of California and loves to party.  When she was a youngin’ she moved from her home state of Oregon to Los Angeles with her family.  In SolCal she found a place to do her art and modeling. This stunning model takes pride in her health and is also fitted with a background in Martial Arts. As she explained to me how she got that tempting figure, she stated she knows how to handle herself in and out of the bedroom.  Staying active is only one of Liv’s hobbies. In a conversation, we had about movies, she said: “I’ve also thought of myself as a Novelist and love going to raves”.

The Real History of Dogs
The precise origin of our canine companions is mired in controversy. But a new study suggests that dogs emerged from not one but two different populations of ancient wolves. What’s more, this dual domestication happened on opposite sides of the Eurasian continent.
Dogs first appeared about 15,000 years ago, long before the advent of agriculture, and represent the earliest known domestic animal. They emerged from ancient wolves, but scientists aren’t entirely sure if this seminal domestication event happened in Europe or Asia. A new study published in Science suggests there’s truth to both of these claims.
Previous studies have concluded that dogs were likely domesticated just once, but the timing and origin of this event has been hotly debated. Complicating the matter is conflicting archaeological evidence showing that early dogs resided on either side of the Eurasian continent many thousands of years ago. The new study shows that dogs were likely domesticated on at least two different occasions and in two different parts of the world.
By comparing genetic data with archaeological evidence, an international team of researchers led by the University of Oxford has shown that dogs emerged independently from two separate wolf populations (or more accurately, now-extinct ancestral wolves that are common ancestors of both modern wolves and dogs) that lived in West and East Eurasia. This means that two different populations of paleolithic humans independently came to the same conclusion: these intelligent four-legged animals could be bred to live and work among humans. 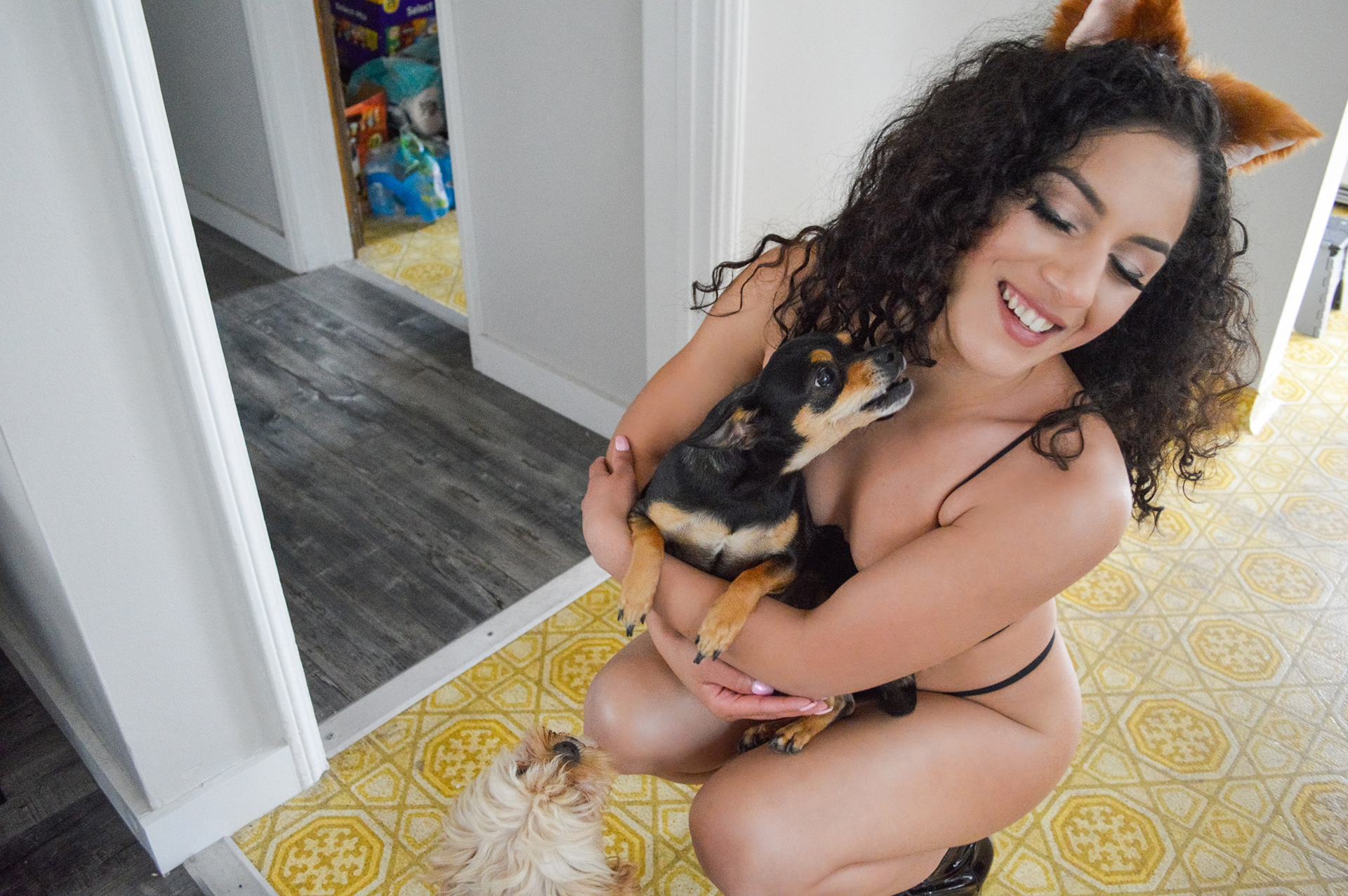 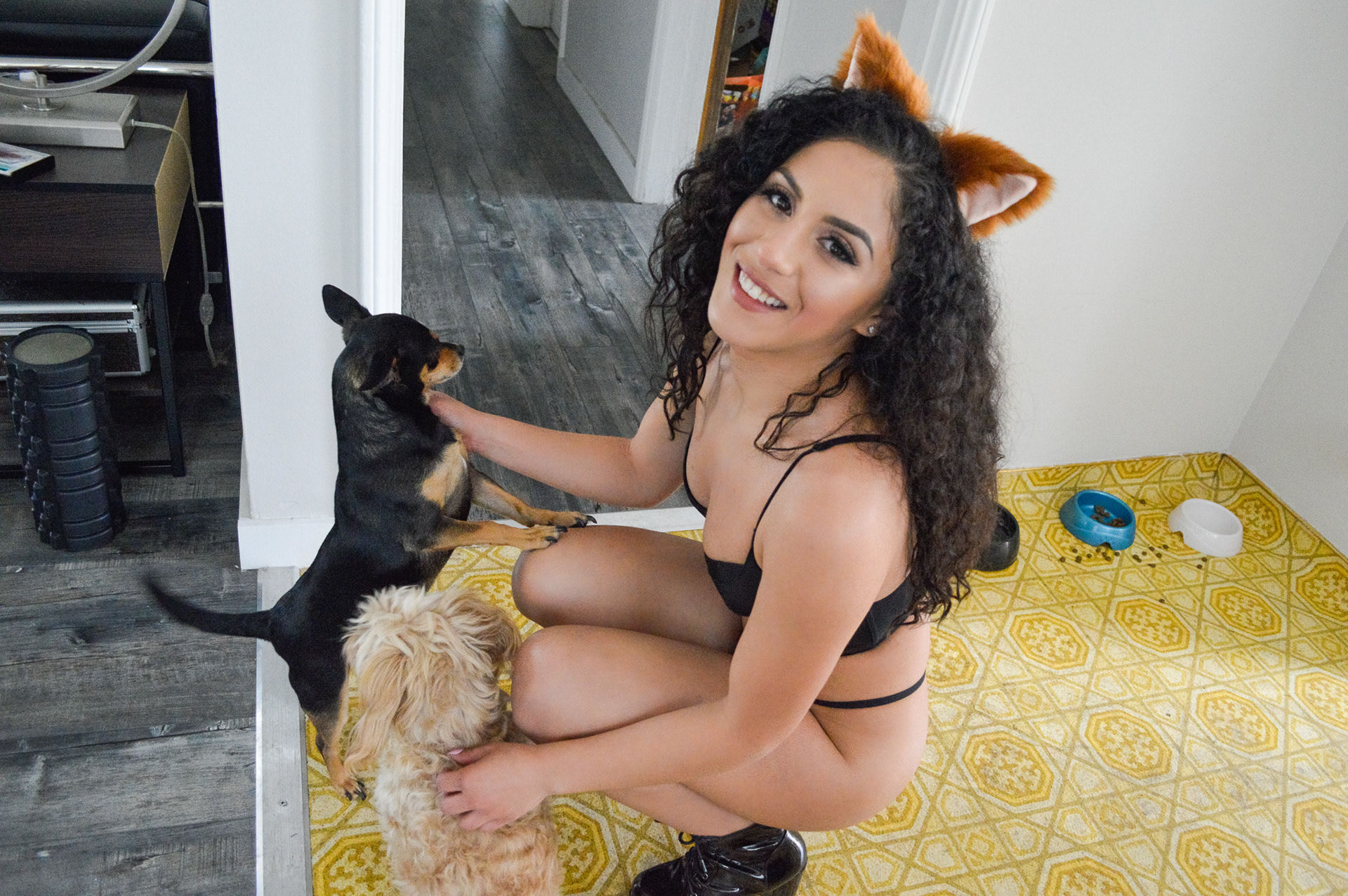 Has social media been destroyed by untalented fakes?

Behind The Scenes of Trashy Lingerie's Shoot

SEX WITH KINKY GAGA
↑Back to Top