Mainstream has their own ideals of what an adult model does or doesn't do but most of these stereotypes come from a time that is long gone where you would find a blonde model’s picture on your DVD cover. Models have become more creative these days finding ways to entertain social media followers while attending Conventions to perform live acts for crowds like rising fetish star Kinky Gaga.
Kittens Magazine initially covered KG at Adultcon where she took a willing slave, spanking her and whipping her, in front of an audience which can be seen in the video below. Kinky, who was born in beautiful California, says she was always an entertainer and was a professional ballet dancer for many years.
“I started as a ballet dancer when I was a child and danced until I was 25. When I was 18, I became a professional ballet dancer and I actually danced ballet for Joffrey Ballet Company years ago. Unfortunately, I got injured and I couldn’t dance professionally anymore. So then I switched over to modeling and nude modeling which then lead to doing adult production work.”
Kinky Gaga’s talent doesn't stop at dancing and modeling, this rad mama says she also rocks out on drum sets with adult model and producer Charlie Comet who is also a long time musician comparing his talents to 80’s guitar legend Steve Vai.
“I was never in a band but I do know how to play drums. Charlie on the other hand is a real musician. He’s been in lots of bands and plays multiple instruments such guitar, bass, and piano. 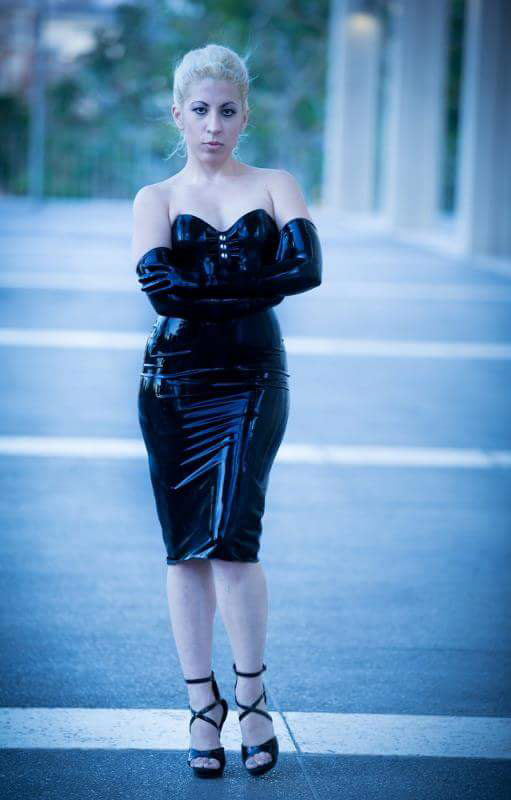 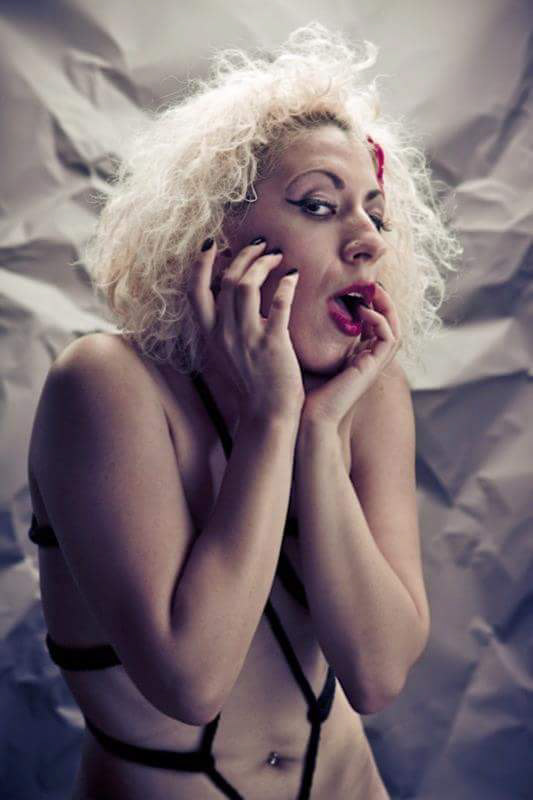 ROLL PLAY IS HEALTHY
Role playing seems to be what initially attracted me to want to interview miss KG in the first place and her love for role playing in the bedroom is apparent in her naughty content. In an online video I saw she is having sex while on her back receiving another man’s spunk then proceeds to play with it afterwards rubbing it on her pussy.
“Each scene will have some form of creamy orgasmic ending say for example, some creampies.” “Definitely love those creampies babe!”
If you have never heard of creampies because you have been living on mars, creampies are when a man squirts his thick man juice in and onto his lovers vagina and that my friends is super hot. Some girls or guys even like to eat a girls vagina after a man has cum in her. One of the misconceptions about porn is that everyone is having sex all day everyday and it's all a big party so we asked the question everyone wants to know. Does Kinky Gaga get to have sex with hot men everyday?
“No, I’m actually VERY shall we say, “dick picky.” I really need to have good chemistry with a man before we have sex or his dick needs to be the perfect size for me because my pussy is actually sensitive to big dicks.”

Besides her passion for entertainment Kinky Gaga loves fashion! I ask her who inspires her and she mentioned one of her idols, Dita Von Teese the all around talented burlesque Singer. Kinky Gaga is known for her radical fashion statements on the red carpet and ballet dancers are known to create some of the best costumes. To young women out there this is something they look up to but Kinky Gaga doesn't really see herself as a sexy symbol, But rather a person who expresses her sexuality and also wants to unite other sex positive people in the industry.
“I don’t consider myself as a sex symbol.  I’d say I’m more of a sex positive, sexual being that enjoys expressing my authentic self through sex. “If I could change anything in the adult industry I would do it at the performer level and to end the bullying that goes on between performers as well. Sex workers are under attack everyday from outside forces so performers need to unite and take care of each other.”
Click the links below to follow Kinky and her friends on Social media. You can also see Kinky at Adult conventions where she performs live. Twitter: @KinkyGaga / Instagram: @KinkyGaga
KITTENS MAGAZINE

THE COMPETITION WAS FIERCE AND TOPLESS!

How Bella Thorne Killed Onlyfans in Less Than 2 weeks

KITTENS MAGAZINE VOLUME 22
↑Back to Top